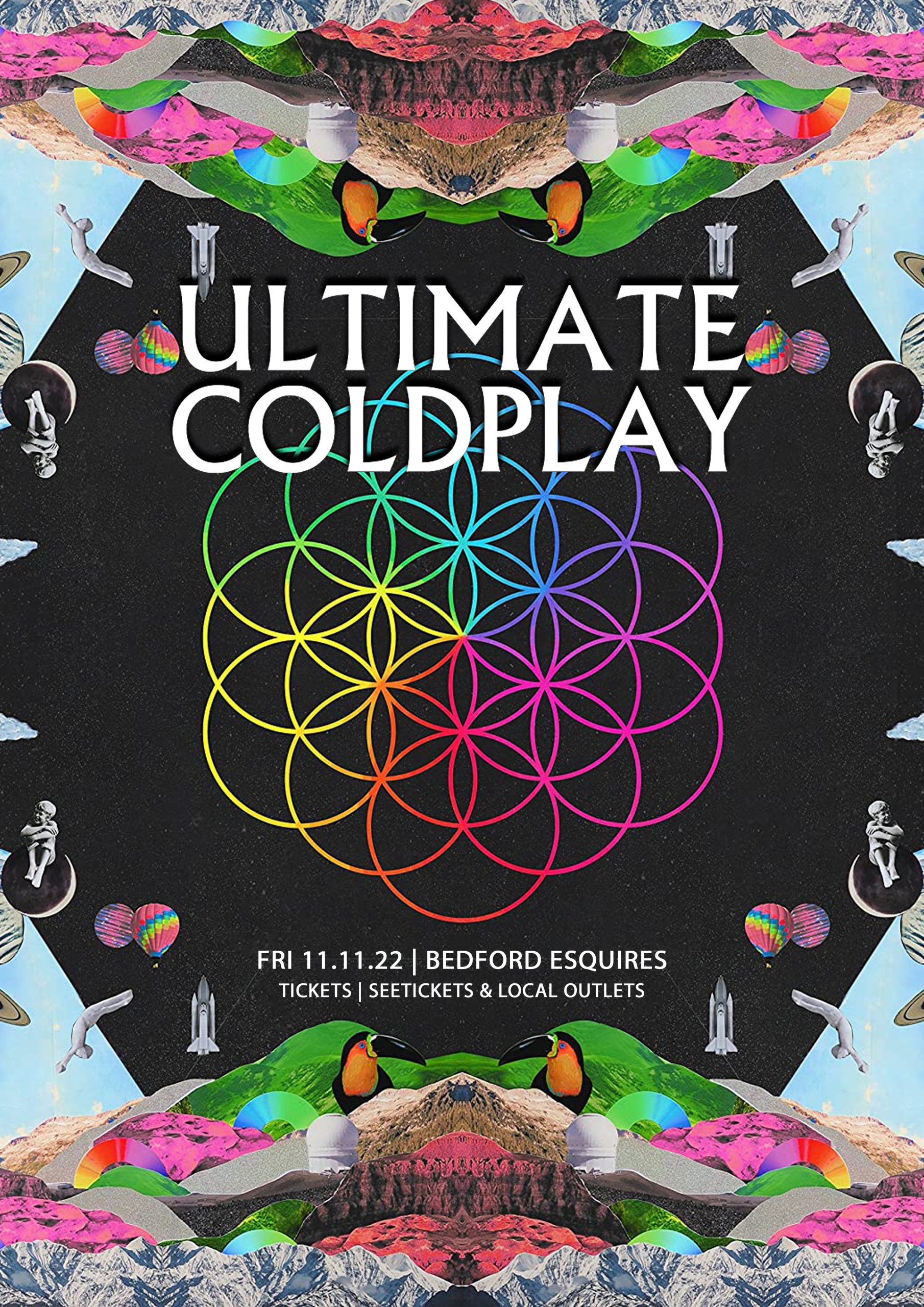 Ultimate Coldplay
Live at Bedford Esquires
7.30pm Fri 11th November
Since launching in 2017 Ultimate Coldplay have been widely recognised as being the world’s most accurate Coldplay tribute. They are frequently described as the ‘next best thing’ to one the UK’s most famous bands. Pre pandemic the band were frequent fliers, performing in many different countries around the world, including tours in Europe and Asia.
Performing at countless festivals across the country, Butlins shows, Theatre tours and o2 academies to name but a few the band has continued to go from strength to strength.
Ultimate Coldplay are the only Coldplay tribute featuring a true look-a-like Chris Martin, who plays piano and guitar like Chris, sings like Chris and even dances like him! The other three members of the bands, all look-a-likes, faithfully replicate note for note all the biggest hits including ‘Paradise’, ‘Fix You’, Viva la Vida’, ‘My Universe’ and ‘Yellow’.
Tickets priced £12.50 are on sale now from Seetickets / Esquires Bar / Slide Record Store
+ Add to Google Calendar+ Add to iCalendar