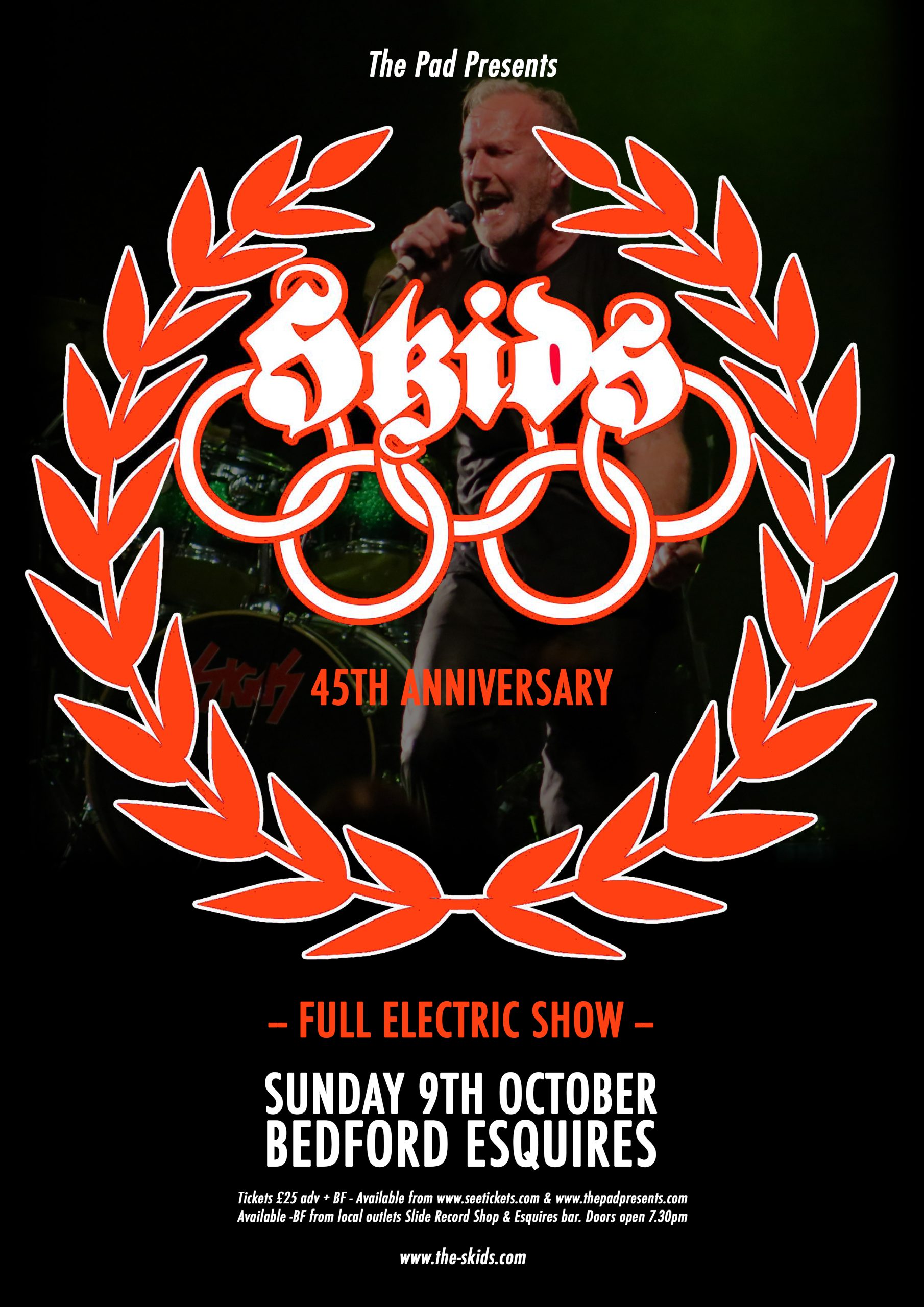 The Saints Are Coming ! (again) Very pleased to announce we are bringing The Skids back to Bedford again following their packed show at the Bedford Corn Exchange in 2018 this time in the more intimate surroundings of Bedford Esquires.

The Skids formed in 1977 in their home town of Dunfermline, Scotland by Richard Jobson, Stuart Adamson, Bill Simpson & Tom Kellichan. After releasing an independent single the band were played by John Peel, supported The Clash in concert and then were signed to Virgin Records in 1978. Their first singles were “Sweet Surburbia”, “The Saints are Coming” and “Into the Valley” – the latter reaching the UK Top Ten in early 1979.

Their seminal debut album “Scared to Dance” came out in 1979 which was quickly followed by two chart singles – “Masquerade” and “Working for the Yankee Dollar”. Both singles were taken from the Bill Nelson produced second album “Days in Europa”. The album also featured new member Rusty Egan of Rich Kids & Visage fame after the departure of Tom Kellichan. The band released two more albums “The Absolute Game” (1980) and “Joy” (1981) before splitting.

Due to the size of Esquires and the fact the band usually play bigger venues we are expecting quite a high demand on tickets.  The tickets priced £25 are on sale Friday 29th July at 10am from Seetickets and will be available in person from Esquires Bar  and Slide Record Shop from Saturday 30th July.