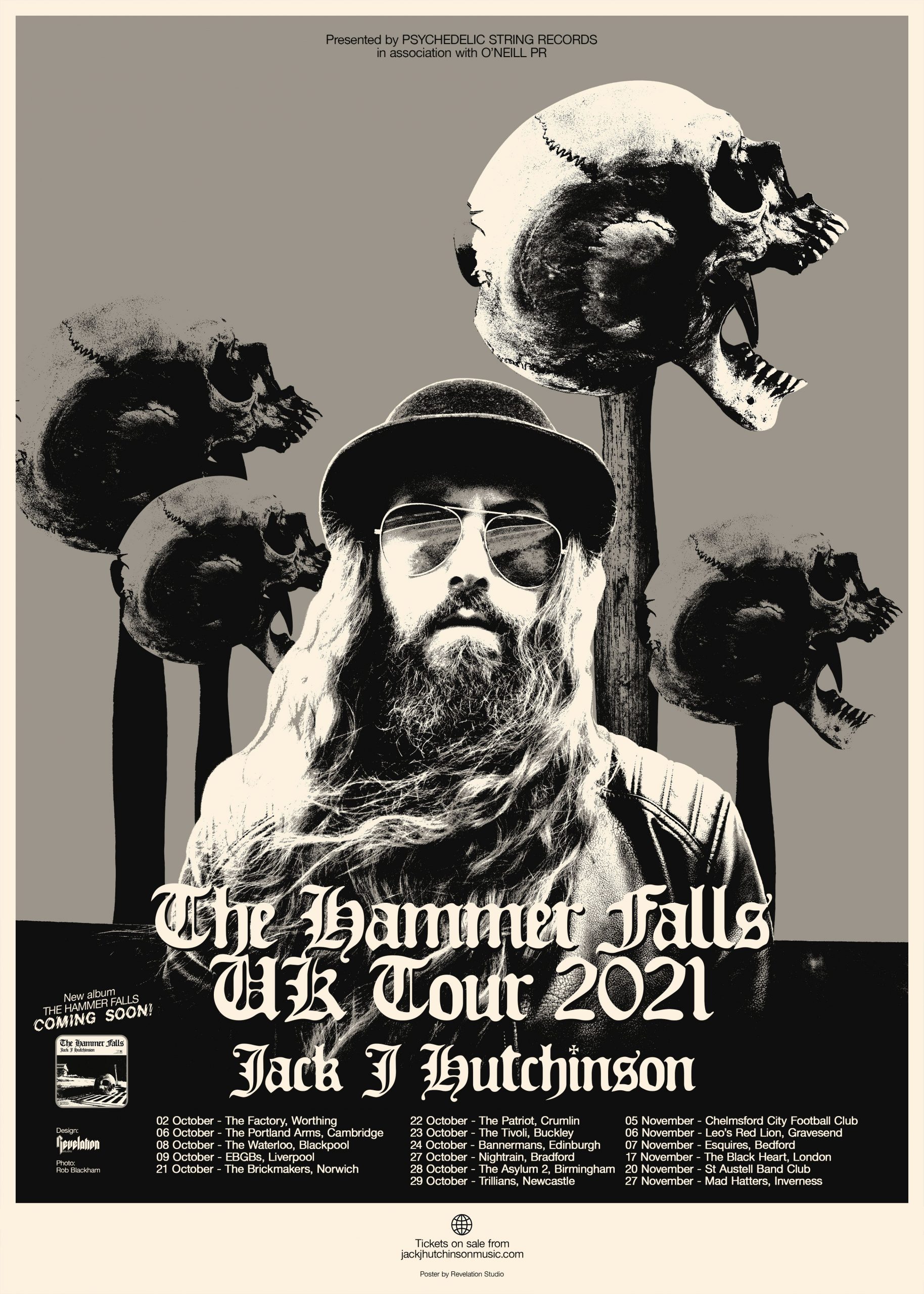 The Jack J Hutchinson band return to Bedford Esquires as part of their headline uk tour.

Jack J Hutchinson is pleased to announce his biggest UK headline tour to date. In October 2021 he will play 16 dates in support of his forthcoming studio album ‘The Hammer Falls’, which will be released to coincide with the tour.

Hutchinson comments: “Like most bands we are desperate to get back on the road. The world is in a pretty dark place right now, but hopefully there is some light at the end of the tunnel. We want to put smiles back on the faces of our fans…let’s pull together, get through the next few months, and in October blow the bloody roof off with a tour to remember!”