The Boo Radleys at Bedford Esquires 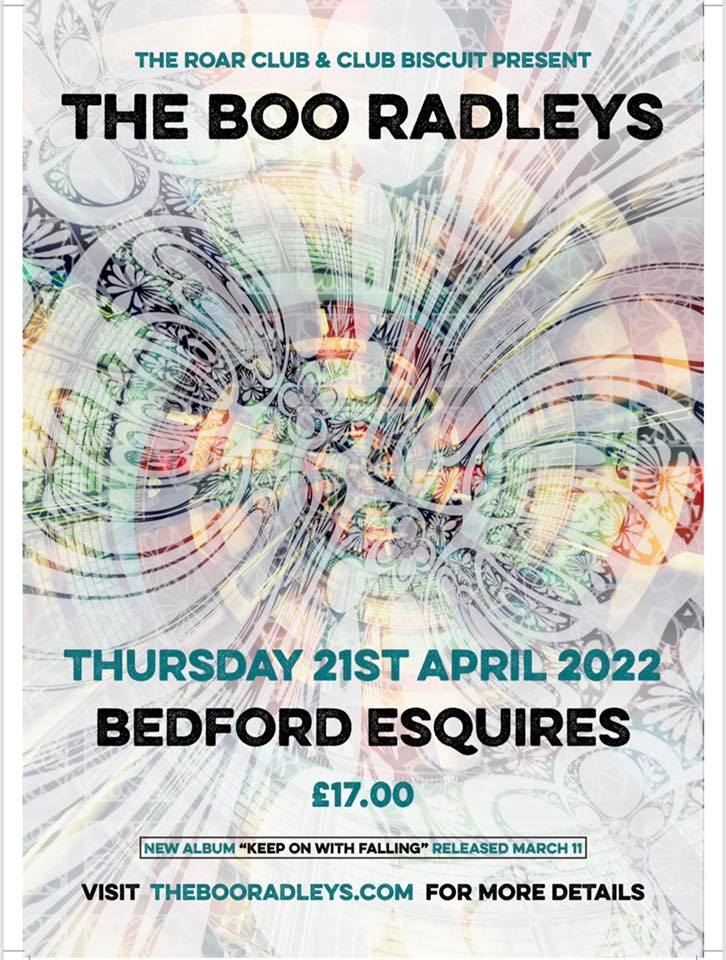 The Roar Club and Club Biscuit are delighted to welcome the newly reformed Boo Radleys to Bedford Esquires on Thursday the 21st of April 2022.

‘For 64 minutes in 1993 The Boo Radleys revolutionised The Beatles and out Smiled The Beach Boys. For 64 minutes they were the greatest band on the planet’.

Having split in 1999 following the release of ‘Kingsize’, Original members Sice, Tim and Rob got the band back together in 2021 to release the EP ‘A Full Syringe and Memories of You’. With a new LP ‘Keep On With Falling’ due shortly and a handful of live dates, we are excited to welcome the band back to a venue they last played 30 years ago. Boo Forever!

Tickets are on sale at 10am on the 4th February from Seetickets with physical tickets available from Slide Records and Esquires Bar.