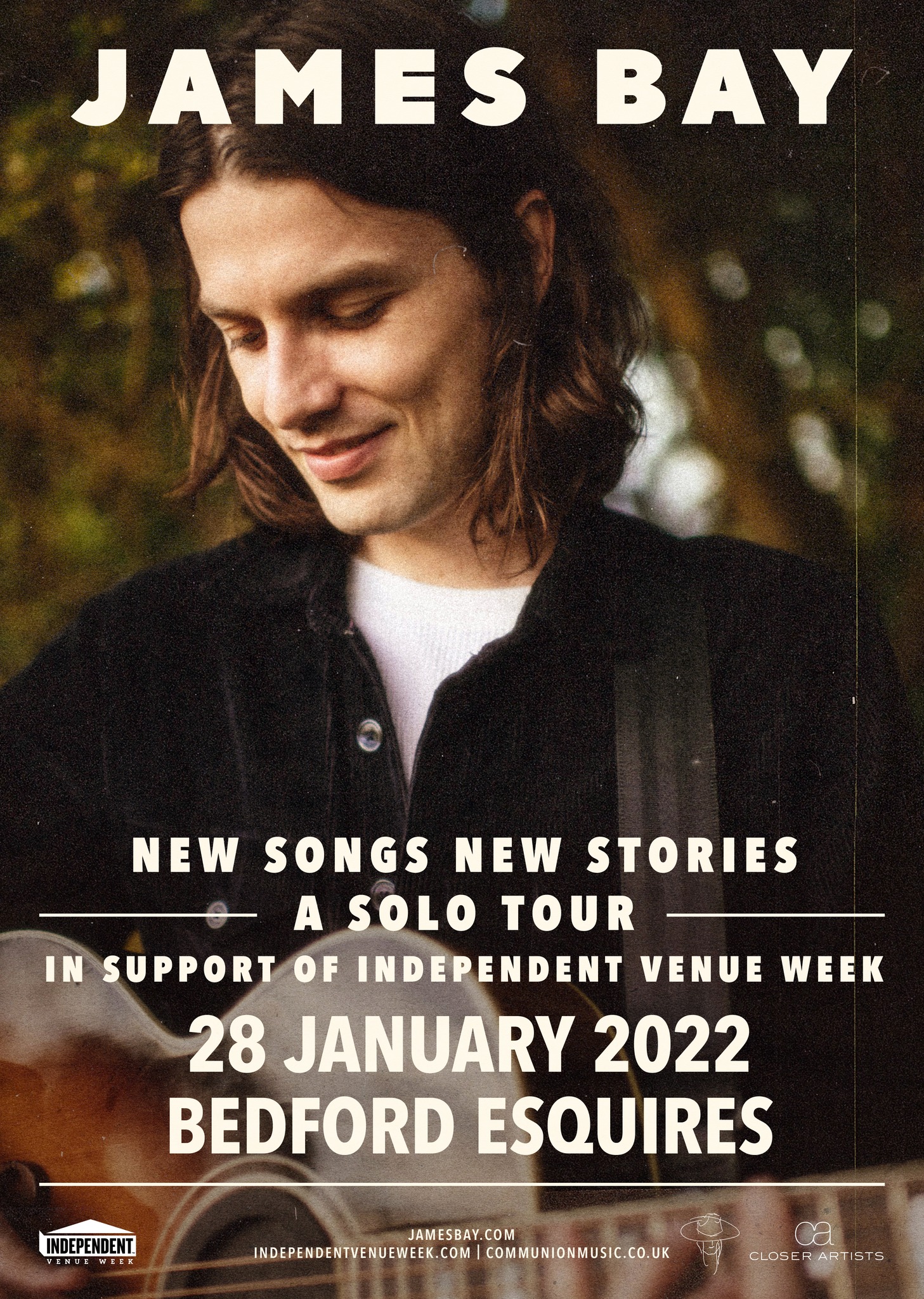 We are are thrilled to announce a very special & incredibly intimate solo date, with BRIT award winner and multi-platinum selling artist, James Bay as part of his Independent Venue Week tour!

The Hertfordshire-born singer-songwriter will be touring grassroots music venues with a very special intimate solo show as part of Independent Venue Week from 24 January – 4 February 2022 across the UK as far west and east as Cardiff and Norwich, and as far north and south as Glasgow and Brighton – returning to some of the stages he first performed on at the very beginnings of his career.

Since then he has gone on to achieve incredible things, with his first album ‘Chaos and the Calm’ debuting at number 1 in the UK charts, earning him three Grammy nominations, and the follow up album ‘Electric Light’ reaching number 2.. A third album is in the works, songs from which will be featured in his set on this tour. Sadly, James was not able to undertake shows at the time due to the pandemic, but instead took part in the Save The Venues campaign in 2020, producing a fully livestreamed set.

James Bay will continue to champion the grassroots music scene and the venues that make it by bringing his live performance in person to some of the venues that are so integral to the live music ecology. For someone who has first discovered performing at an open-mic, it’ll be a touching full-circle moment for an artist who has hit such heights in recent times.