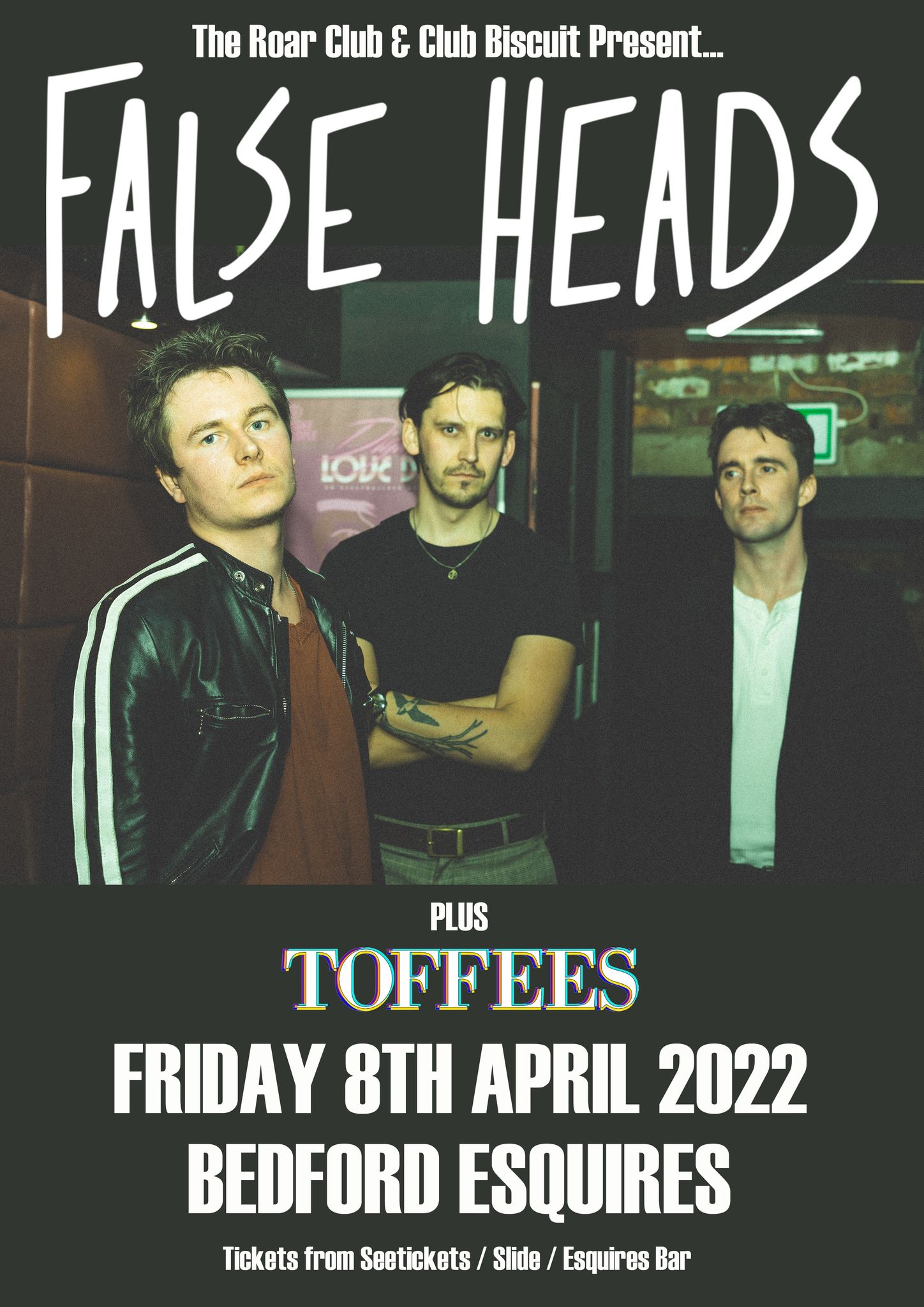 Emerging out of 2020 with a Joe Cross mix of ‘Twenty Nothing’ taken from their debut album the band have now clocked up near 2.8 million streams and accelerating towards the magic 3 million mark.

False Heads’ reputation is picking up more pace than ever, as their sound reaches ears on a global scale and their unbelievably fearless live shows end up in controlled chaos time and time again.

Think QOTSA and The Pixies with a bit of The Ramones thrown in for good measure.