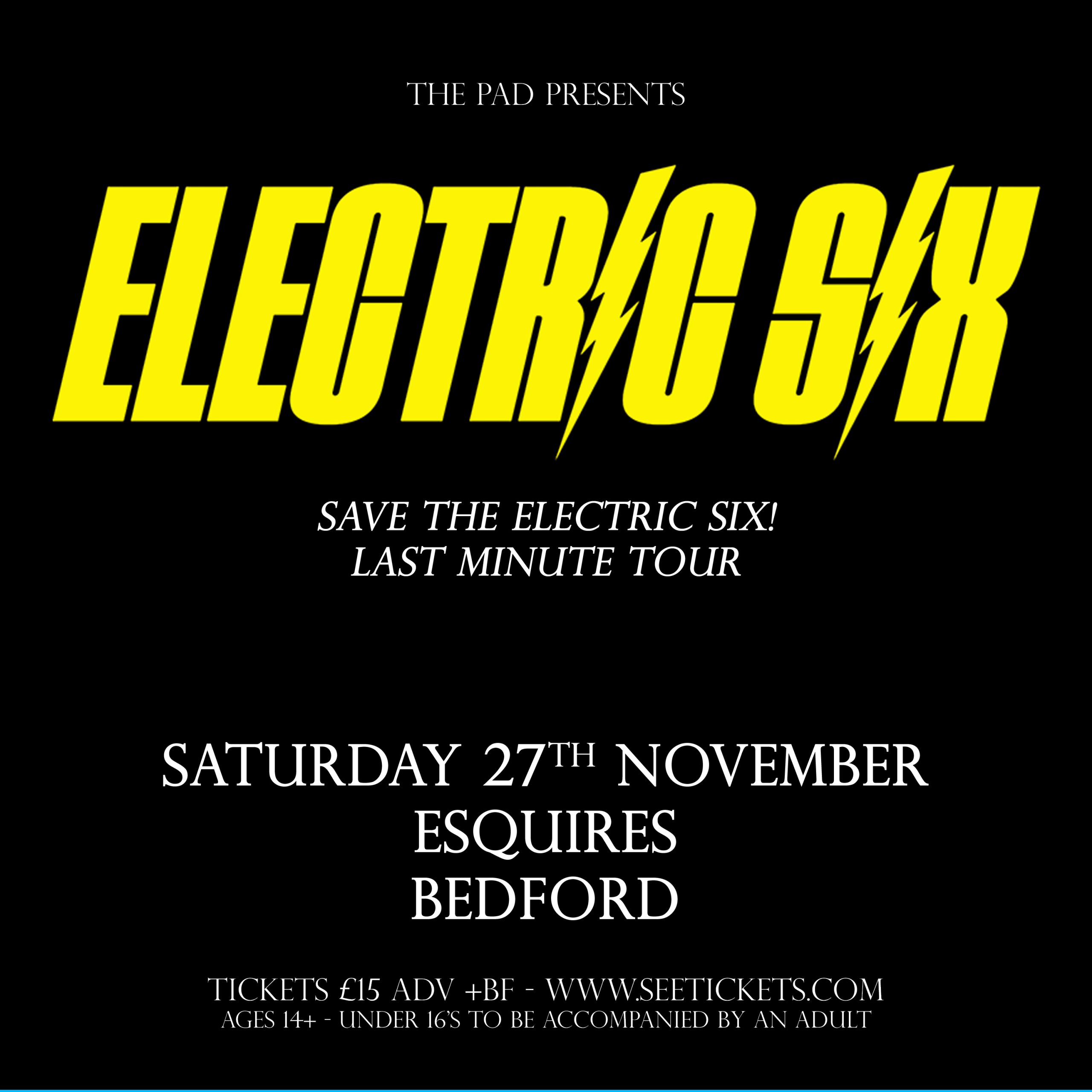 E6: Hello is that Esquires ? It’s Electric Six here, we are currently on tour in Europe and are due to hit the Netherlands over the couple weeks but it’s gone into lockdown.

Esquires: How can we help you out ?

E6: Do you have any room for us on the 27th November, a bit last minute I know but we are kinda stuck with a big gap in our European Tour

Esquires: We would love to help you out for sure but we only have our small room available, you played the big one last time and sold it out well in advance

E6:  OK if you only have the small room available let’s do it ! It will be a party off the scale !

Esquires: Mental, let’s do it we will put it on sale tonight at 7pm

We are thrilled to announce that one of the finest party bands on the planet are coming to take you to a Gay Bar (or Bedford Esquires!) on Saturday 27th November with Electric Six headlining the small stage.

One of the best live bands around, the band formerly known as The Wild Bunch have a range of influences from New Romantic to Metal and a bit of Disco thrown in for good measure. The Jack White featuring breakthrough single Danger! High Voltage was a disco laden indie club banger that thrust the band into international acclaim and MTV stardom.

The band followed up with one of the most quotable songs of all time, as Gay Bar, and it’s tongue in cheek video took the band into another stratosphere completely.

Make sure you pick up tickets in advance for this one, limited to just 150 they are going to fly, on sale 7pm, Monday 15th November