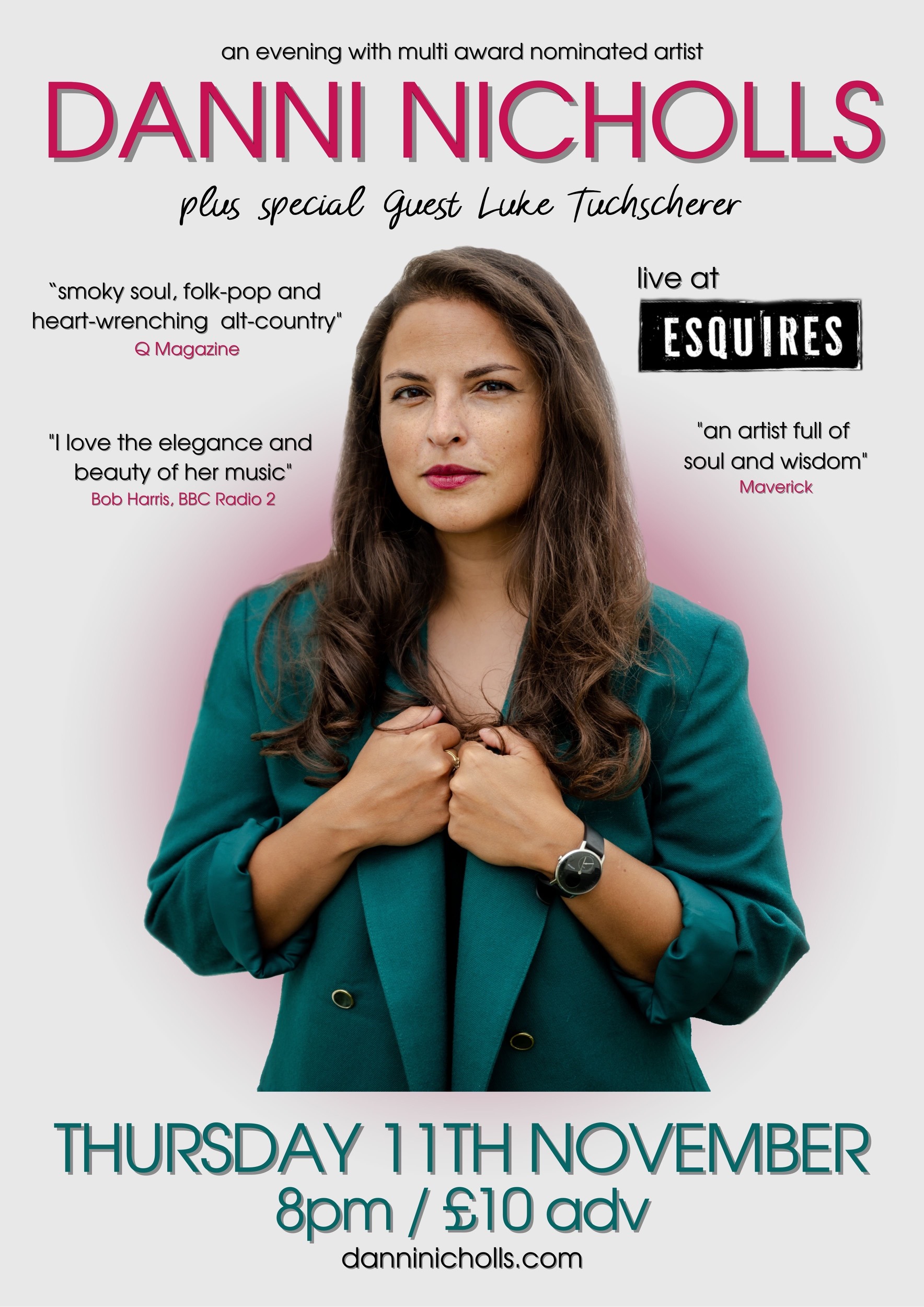 Hailing from Bedford, England growing up on the American roots music of her Anglo-Indian grandmother’s record collection, singer/songwriter Danni Nicholls has been paving her way in the Americana and roots scene for over a decade, building a loyal fan base and much critical praise. After the complete halt in performing live over the past 16 months, Danni is excitedly returning to play for her hometown crowd.

With three acclaimed studio albums, produced by and featuring some of Nashville’s finest under her belt and the wind still in her sails from three consecutive Americana Music Association UK award nominations plus extensive tours and opening slots with the likes of Shakin’ Stevens The Secret Sisters and Lucinda Williams, Danni, her stunningly powerful, arresting voice and her dynamically poetic songs are ever-building momentum.

“I absolutely love the elegance and beauty of her music” – Bob Harris, BBC Radio 2

“Smoky soul, folk-pop and heart-wrenching alt-country, all in a rich voice” – Q Magazine

“An artist full of soul and wisdom…” – Maverick Music Magazine