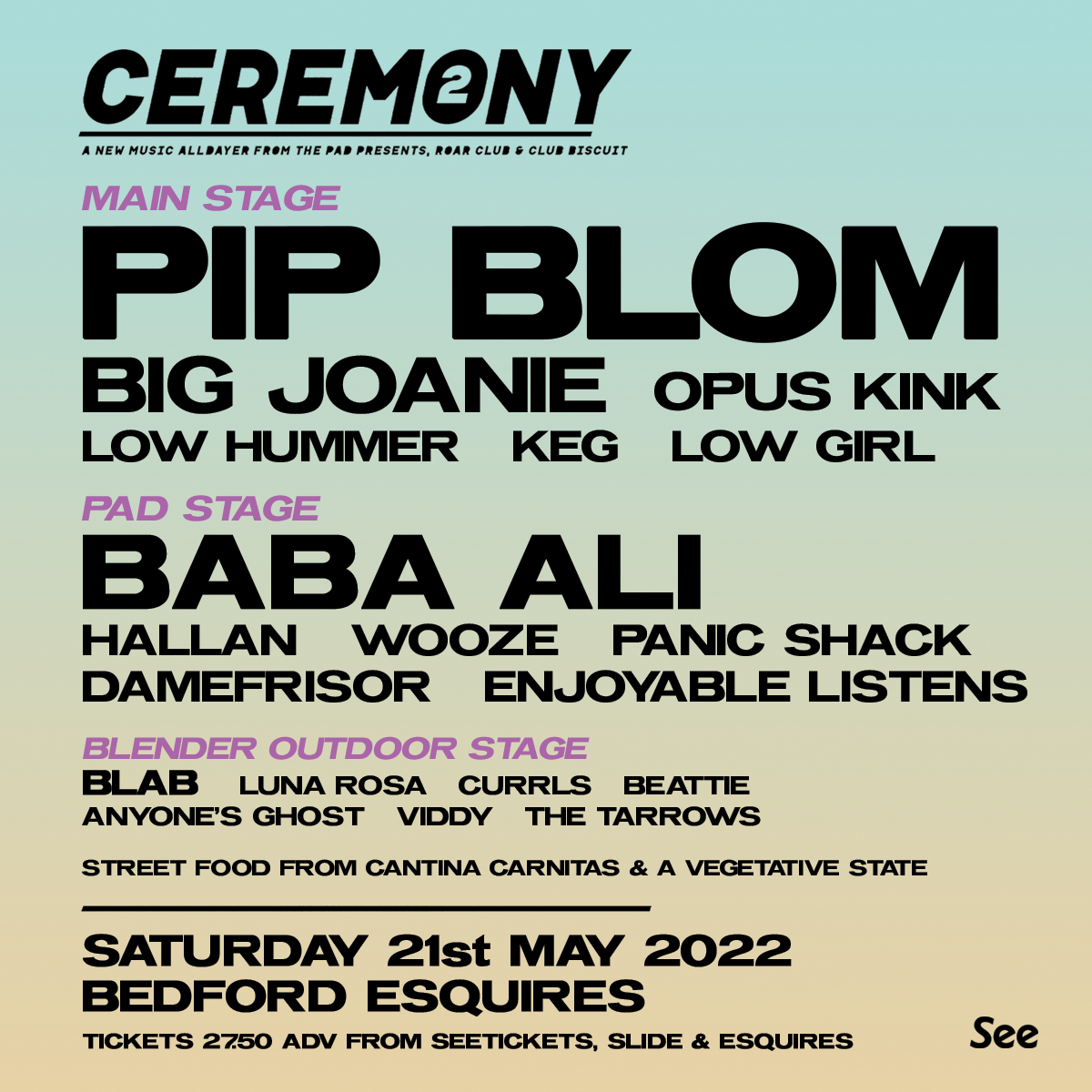 On Saturday the 21st of May 2022, the brilliant PIP BLOM will be headlining the second edition of ‘Ceremony’, a multi-room, gender balanced music festival at Bedford Esquires that aims to highlight diverse and exciting new music.

The joyful Dutch four piece, who released their second album ‘Welcome Break’ on Heavenly Records in 2021 to universal acclaim, have recently sold out London’s Islington Assembly Hall and will be performing in Bedford for the very first time to head up a line up that includes the horn-fuelled sleaze of Brighton’s Opus Kink, the eclecticism of New York’s Babi Ali and the soaring post-punk shoegaze of the hotly tipped Damefrisor.

Also appearing will be Big Joanie, the London based feminist punk band who combine the melodic pop of sixties girl groups with the fury of nineties riot grrrl and have been championed by the likes of Idles & Skunk Anansie. They will be performing at Esquires prior to an appearance at the ‘Meltdown Festival’ at the personal invite of Grace Jones and a UK tour with St Vincent.

Other confirmed acts include Welsh firebrands Panic Shack, who recently stole the show at the BBC 6Music festival in Cardiff, ‘excited skint Northerners’ Low Hummer and the acerbic Orwellian observations of Portsmouth’s Hallan.

With three stages running throughout the day, including an outdoor stage showcasing some of the best new acts from Bedfordshire and the surrounding Counties, the full line up is as follows:

Building on the success of last years sold out event, in addition to hosting some of the UK’s finest new acts, there will also be authentic street food on site from Cartina Carnitas and A-Vegetative State, catering for vegans and carnivores and everyone inbetween.
Tickets are £27.50 in advance now from www.seetickets.com/tour/ceremony2-ft-pip-blom-opus-kink-baba-ali-more and from Slide Record Store / Esquires Bar.