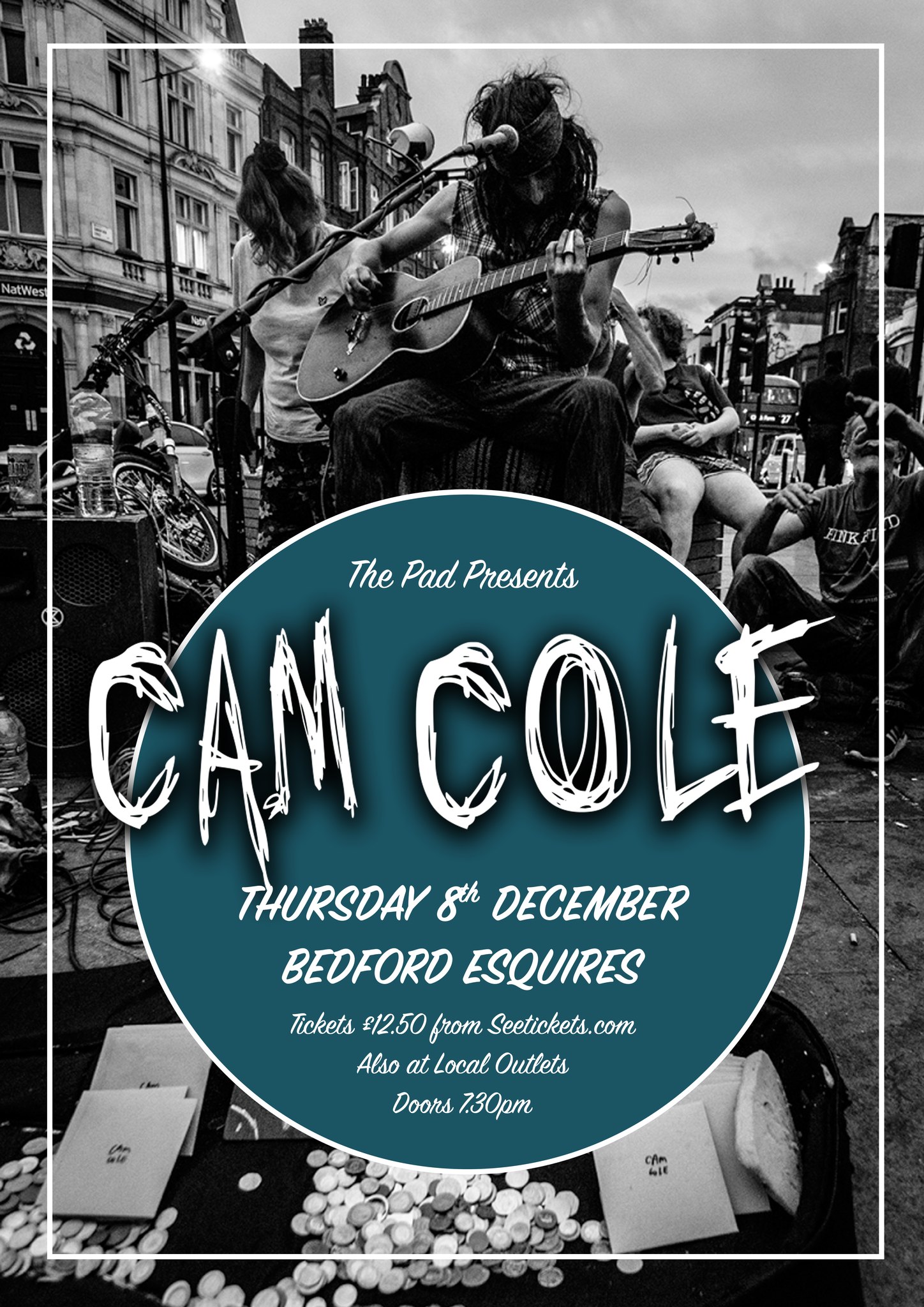 On Thursday 8th December we welcome back to Esquires the legend that is Cam Cole.

Multiple viral internet videos, a rapidly increasing following from all over the world, a well-received debut album, international tours planned… Everything was set up for London busker Cam Cole to make the move from the street to the stage. And then the world came to a standstill.

What could have killed any momentum he had, Cam turned into an opportunity to connect with the fans he had gathered. The advantage of being a one-man band is that rehearsals are rather easy to set up – especially in a socially distanced world. And even the drummer shows up on time if you are the drummer yourself. And so Cam stayed in touch and visible with his “Sounds From The Van” video series, streamed directly from his van rehearsal room. He released a live album recorded on the streets of Camden before the pandemic, which reminded everyone what we were missing. And after appearing as himself in the Golden Globe-nominated Apple TV series “Ted Lasso”, Cam found that during the pandemic his audience had more than doubled in size.

With his second album Crooked Hill out to great reviews, he is ready to kick it up a notch. The heavier, ferocious sound of his sophomore fits well in a time where people are looking to finally release all that pent-up energy. And Cam is just the right man for the job.

Tickets on sale now from Seetickets priced £12.50 and in person from Esquires Bar and Slide Record Store.