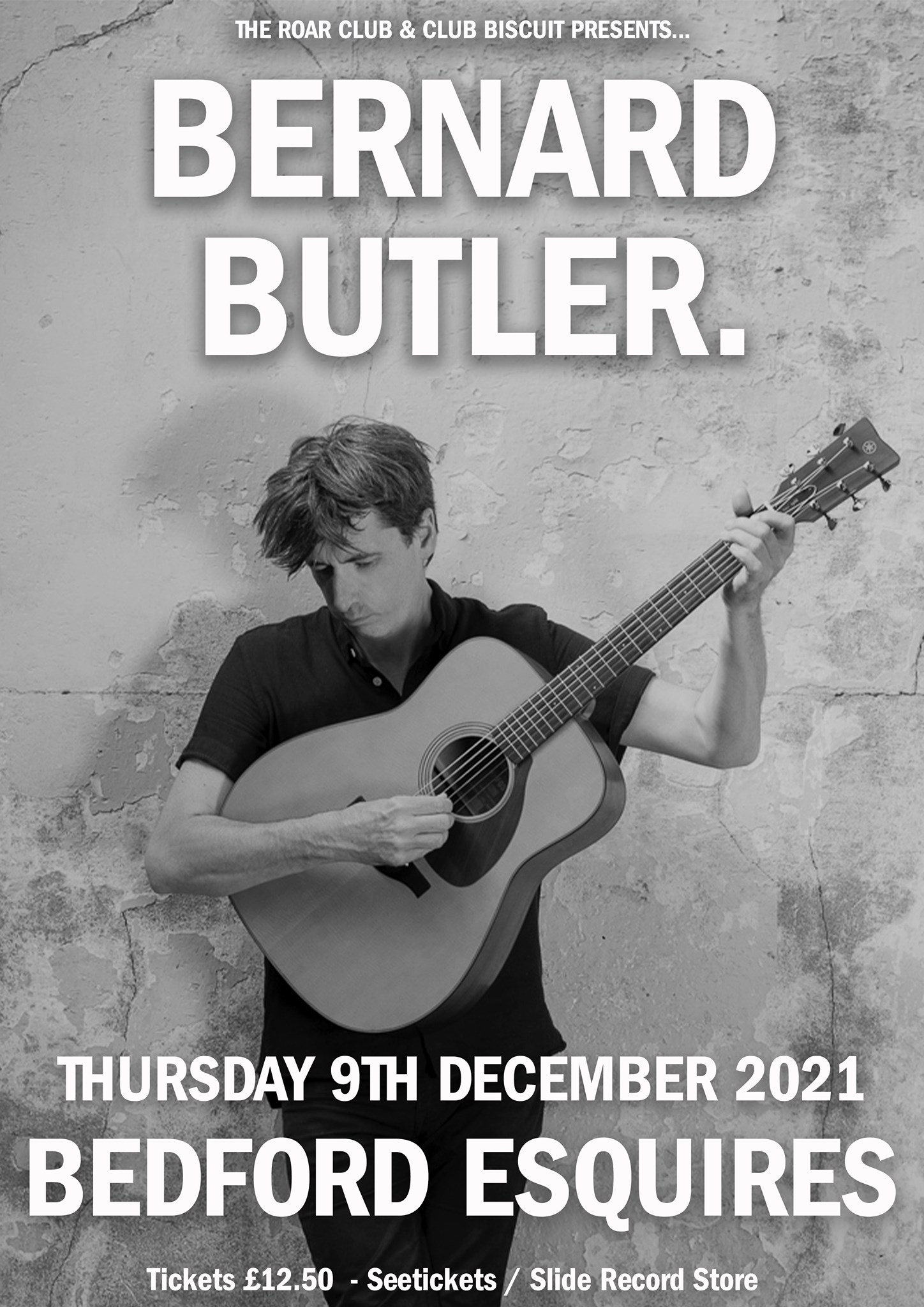 We are delighted to welcome Bernard Butler to Bedford for a very rare solo acoustic show.

Bernard has been noted as one of Britain’s most original and influential musicians. In 1989 he formed Suede releasing the Mercury winning No.1 debut “Suede” and the era-defining “Dog Man Star”, a sprawling concept of rare ambition. His collaboration with David McAlmont on the anthemic ”Yes” provided an intriguing footprint across Britpop’s otherwise jingoist landscape culminating in 2 albums and a sell out at London’s Roundhouse in 2015.

In 2005 he began a collaboration with Duffy spawning her five million-selling, Grammy and Brit Award winning debut Rockferry, whilst Butler won the Producer’s Award at the 2009 BRIT Awards.

He has played guitar live or on records by Pet Shop Boys, Bryan Ferry, Roy Orbison, Bert Jansch, The Libertines, Neneh Cherry, Robert Plant and Ben Watt (Everything but the Girl) with whom he toured extensively.

Please note that this will be an unreserved seated event so capacity is limited.