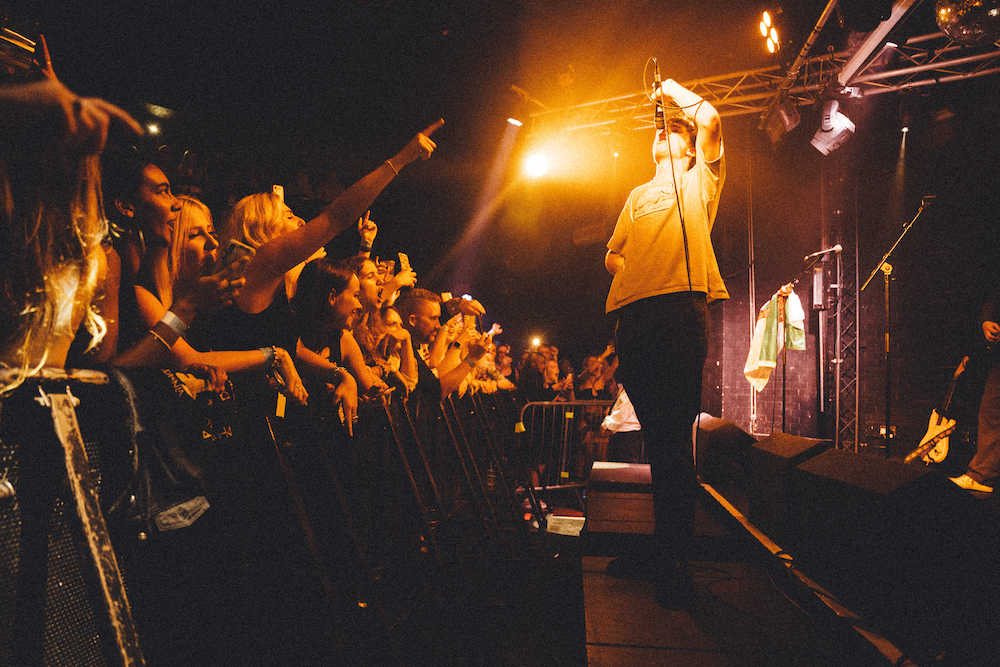 The Royston Club are the Wrexham band tipped by Gigwise as “the new band from Wales most likely to do a Catfish”. The band signed to Run On Records (The Coral) and Modern Sky UK in early 2021, and their next two singles saw them fly past two million streams on Spotify alone and gain support from Radio X (Xposure Playlist), BBC 6 Music (Steve Lamacq & Tom Robinson), BBC Wales, BBC Introducing as well as Amazing Radio UK (C List) and US.

August & September 2021 saw the band embark on a scintillating debut UK tour, selling out all 12 dates with 3000 tickets sold. The band also made their Isle of Wight festival debut, and begin the Autumn with appearances at Sound City & Focus Wales, before heading on tour with SPINN, The Lathums and Red Rum Club.

The Welsh indie quartet are set to release new EP ‘lying here, wasting away’ on Friday 1st October via Run On Records/Modern Sky UK, with a limited run of 12” vinyl on Blood Records, with all 500 copies selling out in just three days.

“I think it’s a level above. The Royston Club: cooking up something of a storm using the simple magic of great songs and playing guitars with passion and spirit!!” – Adam Walton, BBC Intro Wales

“I’m frankly obsessed with that band, The Royston Club, that one was called The Backburner and i like it a lot!” – Shell Zenner, Amazing Radio

“Yet another showcase of Tom’s sublime vocal and the band’s ear for a huge, anthemic hook” – Gigslutz

“The energy of this track is palpable, driving, persistent and I love it” – Fresh On The Net