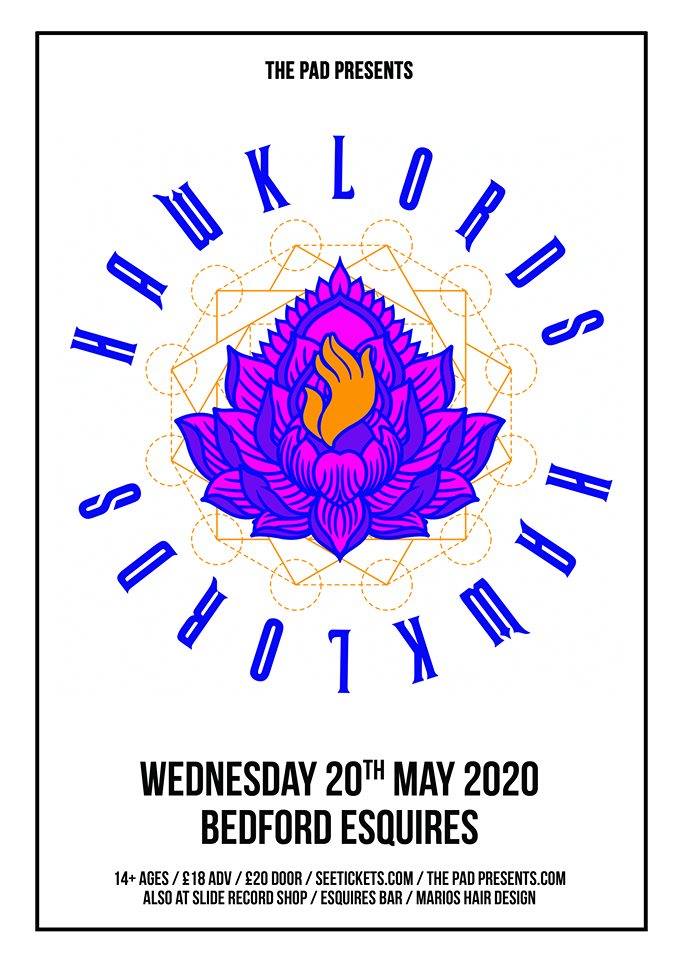 Key former Hawkwind members Harvey Bainbridge (synths & vocals) and Jerry Richards (guitar & vocals) alongside Dave Pearce (drums) and Tom Ashurst (bass & vocals) will be joined by legendary ‘God-father of space-rock’ and founder member of Hawkwind, Nik Turner for a string of dates which include two sold out shows for the 2019 HRH Prog Festival at Sheffield O2 Academy and at London’s O2 Shepherds Bush Empire.

Turner was a key driving force in the creation and success of legendary British stoner band Hawkwind back in 1969, throughout the 1970s and beyond, so expect a choice selection of classic and contemporary songs, poetry, a retina-reducing psychedelic light-show and a maelstrom of mind-blowing music from these Masters of the Universe as they celebrate 50 years of British space-rock.

The band will also be performing songs from their 2018 hit album, “Brave New World” which debuted at number 12 in The Official UK Top 40 Rock & Metal Chart, alongside material from their latest studio album “Heaven’s Gate”. Their 8th studio release in as many years.

This is one hard working and hot rocking act at the peak of its powers: Don’t miss them on this very special and unique tour.
See you ‘out there’…