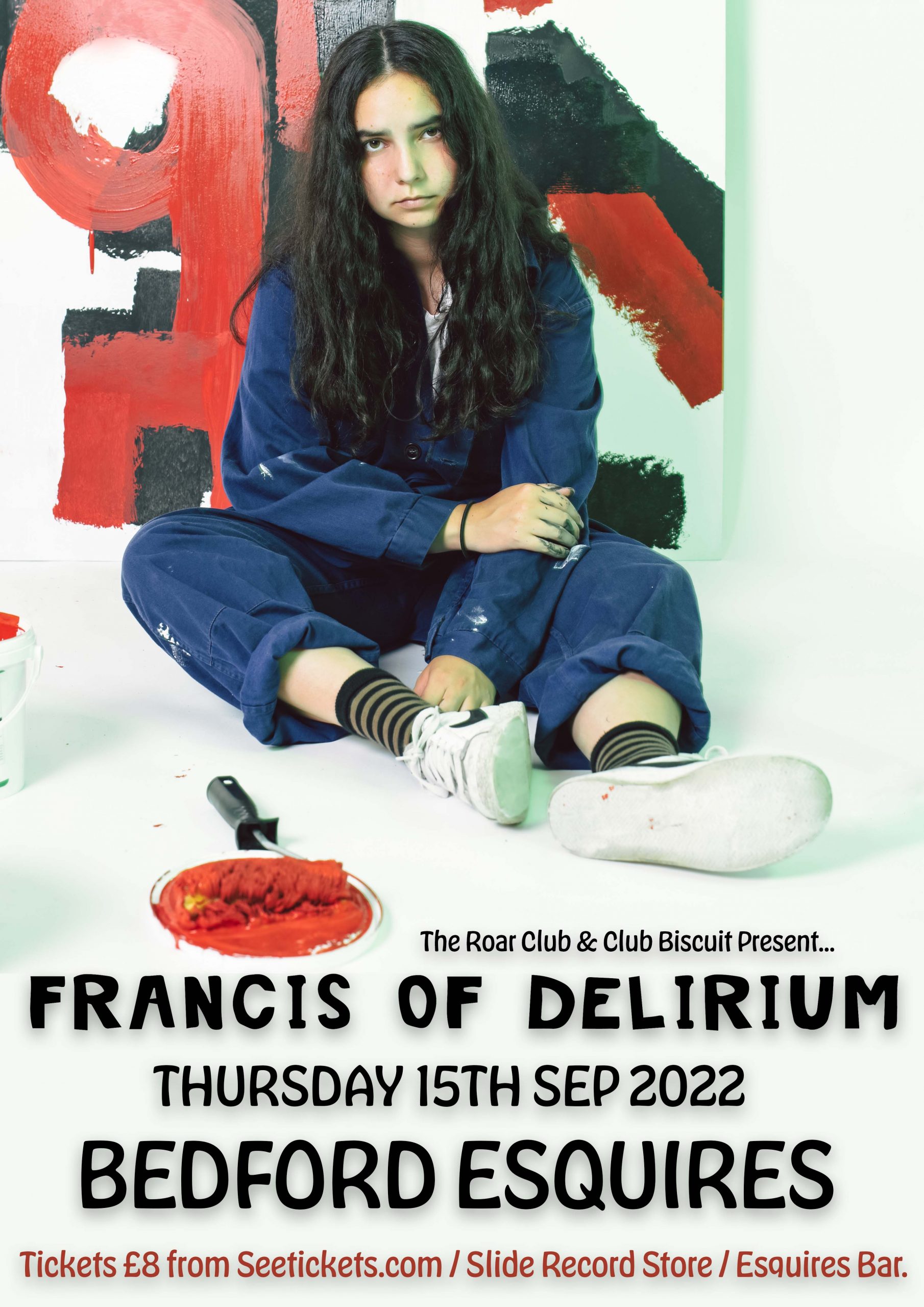 The Roar Club and Club Biscuit are delighted to welcome FRANCIS OF DELIRIUM to Bedford Esquires.

The project Francis of Delirium was created by 19 year old Jana Bahrich (Vancouver) who invited drummer/producer, Chris Hewett (Seattle) to form an indie rock band who would based in Luxembourg! With a sound that mixes nineties grunge and shoegaze, Francis of Delirium have to date released 2 EPs to widespread and worldwide acclaim.

‘…the blueprint of something grand’ – Pitchfork

Most recent release ‘All Love’ was mixed by Jolyon Thomas (Royal Blood, Slaves) and mastered by Joe Lambert (Sharon Van Etten, The National) and Jana’s impassioned vocals and guitar chops has seen the band compared to Courtney Barnett and The Smashing Pumpkins.

Already confirmed to play the Shaky Knees festival in Atlanta with Nine Inch Nails and Chvrches, we are convinced 2022 will be a massive year for Francis of Delirium. To quote one of their most memorable songs, ‘Quit Fucking Around’ and come and see them before they inevitably blow up…

Tickets £8 in advance from all the usual places.