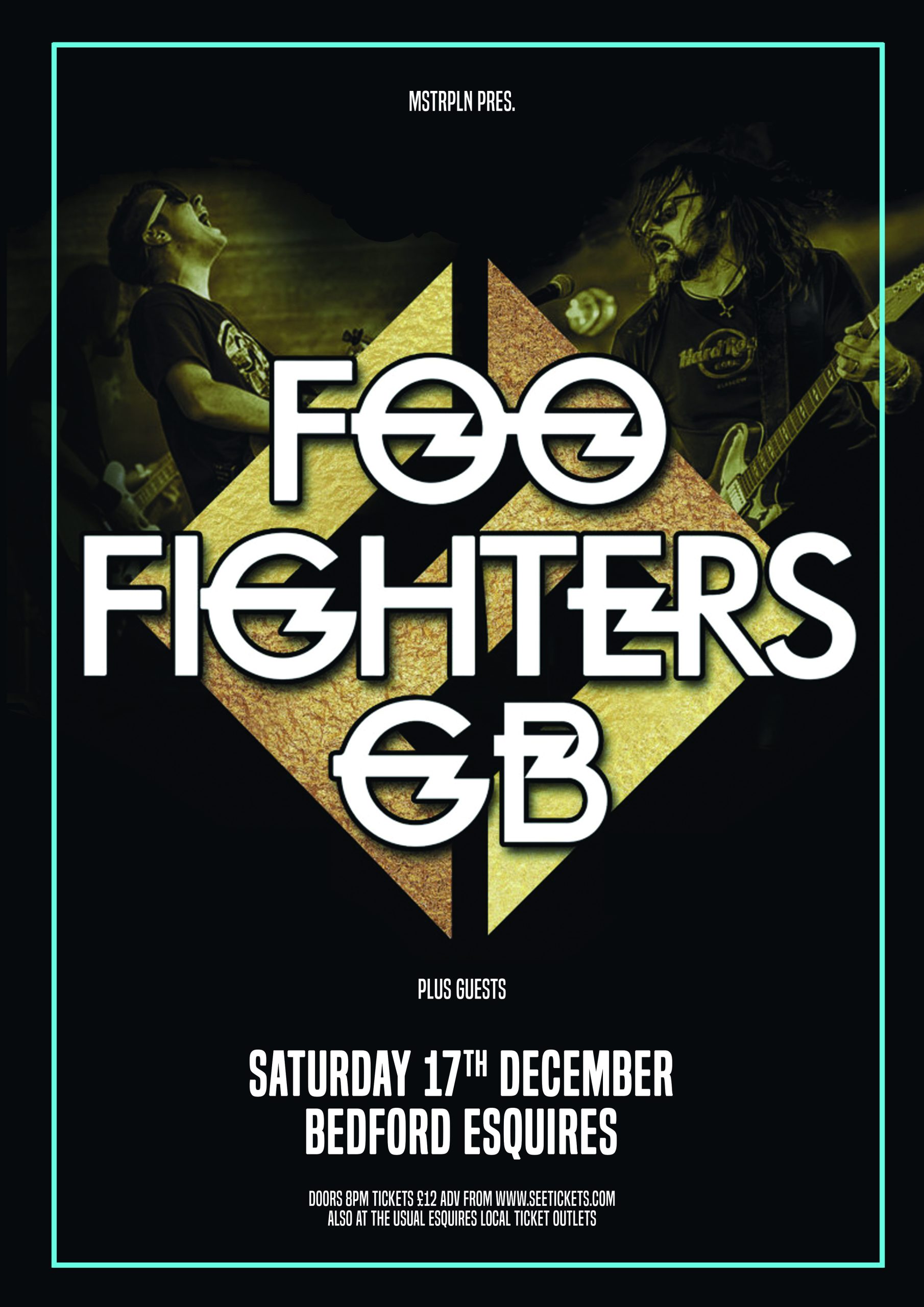 Foo Fighters GB
Live at Bedford Esquires, 8pm, Saturday 17th December
We are excited to announce the return of Foo Fighters GB, following numerous sold out shows at Bedford Esquires.
Five musicians at the top of their game, bringing to you the talent and stage presence to perform the biggest hits from the greatest rock band in the world.
Celebrating the hits of the Foo Fighters in full volume Foo Fighters GB have quickly established themselves as the UK’s finest and most talked about tribute to the Foo Fighters, the greatest rock band on the planet. Foo Fighters GB have been rocking out festivals and music venues since summer 2015 with their charismatic and adrenaline pumping show!
The Foo Fighters GB take audiences on an absolutely epic, exhilarating journey playing all their favourite Foos tracks, from the first eponymous album release’s This is a Call through to their most recent instant classic Saint Cecilia.
The resemblance and re-creation of their performance is leaving audiences believing they have seen the Foo Fighters themselves.
Tickets are on sale now from Seetickets and will be available later in the year from the local outlets
+ Add to Google Calendar+ Add to iCalendar